Love Your Car? No, You’re Damaging Your Car 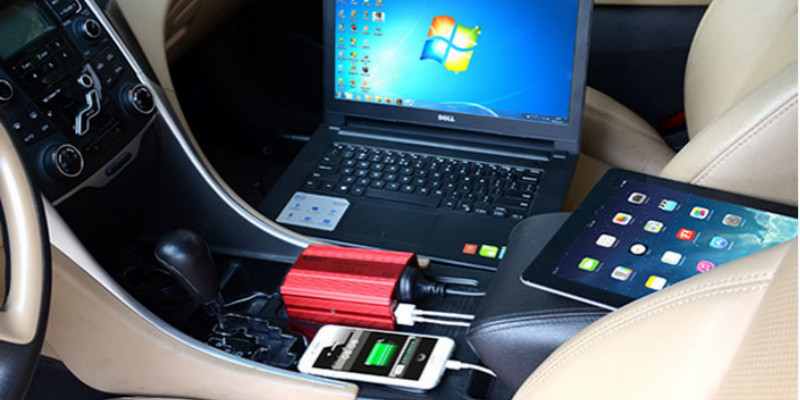 Each car user hopes their car can be long-lasting and lossless even after used for some times. If you’re complaining about the accidental scratching or small problems, maybe you should also think back to see whether you’re to blame because of incorrect using habits. Some people love their car very much and take care of cars like their children. However, things sometimes don’t go as expected. Some behavior you think is to love your car and make driving better, but in fact, you’re damaging your car. The following are driving habits that actually will bring damage to your car but many people are doing so. Are you one of them?

Continue to Use Electricity When Car Stops
Some drivers are so careless that often forget to turn off car lights, only to find that the car battery has been used up and have to jump start the car by external power source. When trapped in a traffic jam and have to wait for some time, you may know shut off your car timely to save gas energy, but keep using car audio system for music and air conditioner if in hot days. Hardly realizing that the driving power for all the devices come from car battery when the engine stops. It doesn’t matter if you do this for a short time, but over discharging will occur to damage your car if it is in this case for a long time.

Charge Electronic Devices When Car Is Stopped.
Nowadays, it is easier for car users to power up electronic devices in car with the wide using of some car accessories including car power inverter, car cigarette and so on. Power inverters convert the car battery into useful power for appliances and mobile devices like cellphones, tablets, and ipads. Some people tend to leave power inverters or car chargers to juice up devices even the car stops. But in fact, when the engine is shut off, the power you get is from car battery. Just like the car lights talked above, charging devices with car stopping will also drain the battery. It is also harmful to car battery if it is in this case of a long time.

Long-Time Idle-Speed
Many car users like to keep engine running when stopping the car and waiting for someone or due to the traffic jam, because they think that frequent starting and stopping is harmful to cars. However, long-time idle-speed can bring more damages to your cars. Idle-speed makes it easier to cause depositions of fuels and lubes that may influence car speed and increase energy consumption. Besides, the increasing exhaust gas emission will also affect the environment. To reduce carbon deposition and make a eco-friendly environment, you’d better avoid long-time idle-speed.

Cross the Speed Bump with Side Single Wheel
When crossing the speed bump, many drivers try to do that with a side single wheel, thinking it less harmful to cars. However, in fact, the harms are bigger is doing so frequently, especially harmful to car suspension. Car suspension is a complex system that connects wheels and car body. It relates to multiple parameters that are important to wheel alignment. Once the wheel alignment is broken, the car is easy to happen after running deviation. If the two wheels cross the speed bump at the same time, the right and left two wheels will balance stresses and shift the striking to passengers, which can reduce the possibility of wheel malposition and increase the driver’s consciousness of slowing down.

Idle a Car with Automatic Transmission
Many experienced car users also like to run cars with car idling when coasting downhill, because they think letting the car idle is a good way to reduce energy consumption and keep car going smoothly. It is true when the front traffic light has turned red and your car speed is very slow. But it is dangerous and harmful to your car transmission if you’re driving on the expressway. Besides, according to practical driving cases, there is no difference in energy consumption when driving with and without car idling. Therefore, idling car is unnecessary and useless.

Leave Car Unused for a Long Time
Some people don’t use the car for a long time for the reasons of work or life. Those who love cars will clean up car first and cover it, then stop it in the garage. You think it is perfectly safe? But it is not the case. The car stopped for a long time can’t ensure a balanced stress for all-around parts. The part that bears the largest stress will cause oil seal deformation, thus leading to oil leakage. What’s more, long-time idling aggravates oil oxidation and acidic materials will make some components corroded. If you have to stop the car for a long time, it is better to stop it in a ventilated and dry place.