Smart Coffee Machine, the Next Reason for Drinking Coffee 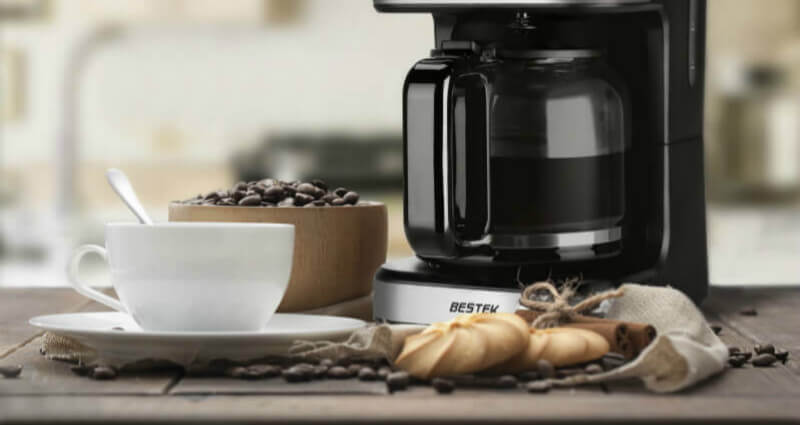 Did you drink coffee this morning? In current times, an increasing number of people tend to drinking coffee every day, in the morning when waking up or in the afternoon when working for several hours. Drinking coffee is a fashion style that many young people chase after, and also a good living habit at present for many families. For modern people, coffee is a necessary drinking for leisure and communication. So why is coffee so popular now? Here you may have your reasons in mind.

Reason one: coffee contains antioxidants to protect you from cancer
Similar to other berries and seeds, coffee beans also known as coffee cherry is also full of antioxidants. In fact, coffee beans are the seeds in scarlet berries. According to a recent research, coffee is one of the most important antioxidant foods resources in America dietary culture. That may be because that almost one in every two Americans is accustomed to drinking a cup of coffee when getting up every morning. Though 75% Americans haven’t reach to the lowest amounts of vegetables and fruits that human body needs, the coffee can guarantee them a strong and healthy body, especially the antioxidants in coffee beans can effectively protect people from deadly cancers.

Reason two: coffee may reduce the risk of suffering from diabetes
Several years ago, scientists studied that the rate of getting diabetes for America indigenous communities was between 40% and 70%, while among the septuagenarians, those who was used to drinking coffee had the low rate of suffering from diabetes than those who didn’t. Many researches in the next few years, including the Harvard University study saying that the males who drank 6 cups of coffee everyday reduced 50% rate of diabetes and females reduced 30%, also prove this conclusion that drinking coffee is beneficial for people to reduce the risk of getting diabetes. Though the study also mentioned that it is not good to take in too much coffee, the researchers believed that the results is related to the antioxidants contained in coffee beans that may have the same effect with insulin.

Reason two: coffee may reduce the risk of suffering from diabetes
A study showed that those who like drinking coffee is less likely to suffer from colon cancers, liver cirrhosis, gall-stone, and breast cancer, etc. Besides, there also few researches indicating that up to 80% number of people who drinking coffee regularly are not likely to get parkinsonism and a research has proved that caffeine contains some protective elements that is helpful to treat parkinsonism. The medicine extracted from caffeine is still in development.

Reason four: coffee can enhance the efficiency of exercising
Drinking a cup of coffee before or after strenuous exercise can help strengthen the exercise tolerance and prolong the time of physical training. That was also been studied by several researches. When athletes do a long time of strenuous training, the carbohydrate in human body can be consumed quickly. But if they take in adequate amount of caffeine, the carbohydrate will be supplemented faster. This kind of increased energy can allow you to receive longer and more strenuous training.

In general, drinking coffee is beneficial for people to keep healthy, but it will also bring\s side effects if you drinking coffee improperly, such as sometimes drinking one cup, but sometimes drink three or more cups of coffee, or you just drink coffee occasionally in the afternoon or at odd times. Not regular coffee drinking times or amount will come to the opposite to what you wishes. To get benefits from coffee, keep a good coffee drinking diet. For those who have no enough time but worry about the harms of bought coffee, the best way is to have a programmable coffee machine with which you can make coffee yourself easily at home anytime you want within a few steps and enjoy fragrant coffee anytime you want.

BESTEK 240ml coffee maker is intended for household use so that you can make coffee yourself at home every day to keep a healthy diet. You can also use it in office and enjoy the flavor of coffee after long time of work. The coffee machine features an exclusive Coffee/Steam selector that makes it easy to control brewing and steaming, allowing you to adjust coffee strength to their personal taste.

Drinking coffee can bring you many benefits, but only keeping a good coffee drinking habit can help you make full use of coffee. Programmable coffee machines make it easier and more convenient to make your own tasteful coffee at home. Are you fond of drinking coffee? Don’t hesitate to take one coffee maker home!